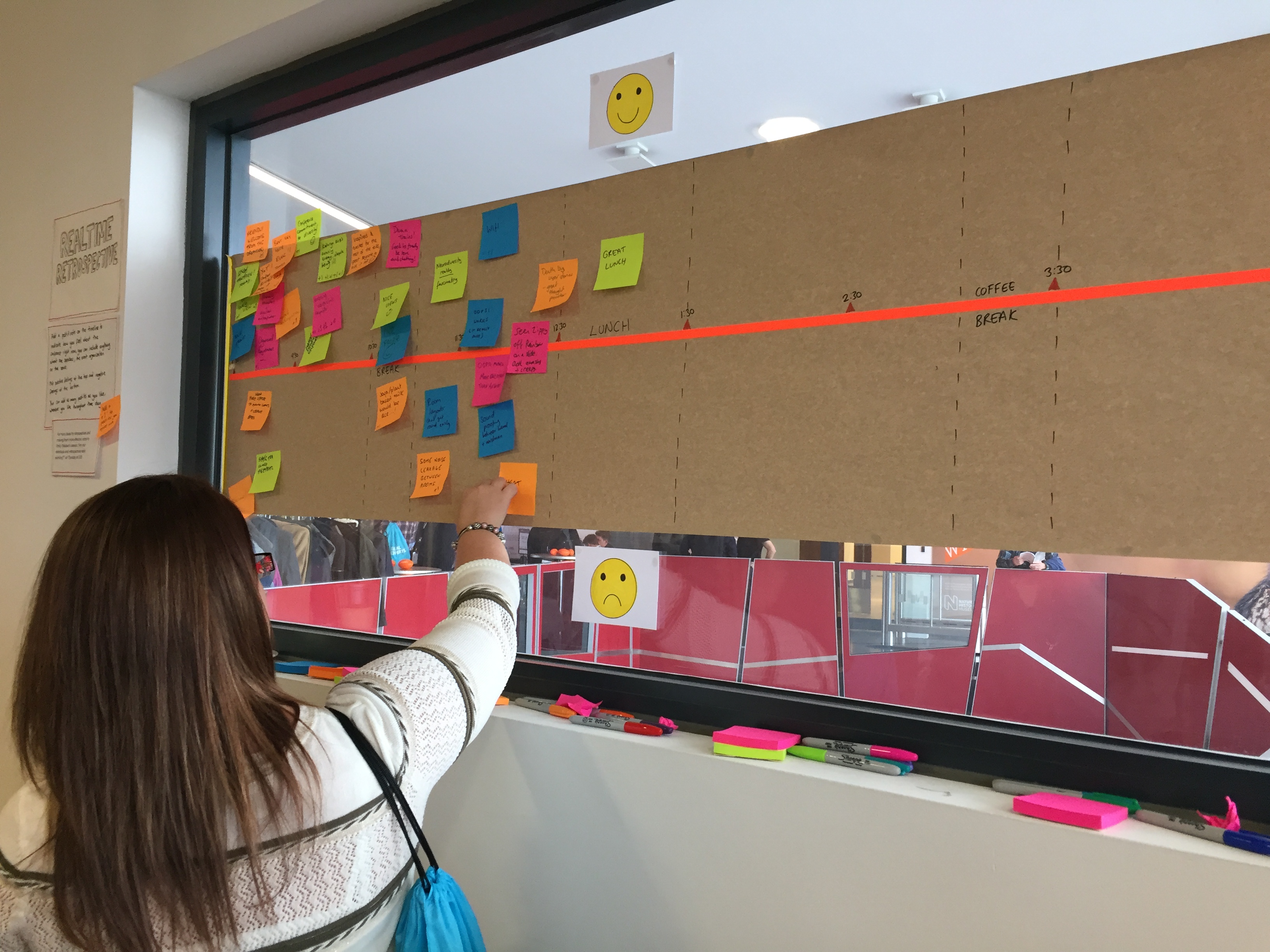 The realtime retrospective is a way of capturing feedback or information to help improvements in realtime. I recently tried it out at Agile in the City Bristol with some great results.

I was booked in to do a workshop at the conference. My workshop was called “Are your standups and retrospectives really working?” and the aim of it was to talk about the effectiveness of these agile forums and for participants to come away with some new ideas.

Last month I was at GOTO Copenhagen and saw the wonderful Linda Rising who was doing a talk on the continuous retrospective and I wanted to find a way to incorporate it into my workshop. My initial idea was to run it in the hour I had, but thought that it would be difficult in the time I had. My session ended up being packed (it’s a topic close to a lot of people’s hearts) so it would have been very difficult for anyone to move around to add to it.

Instead, I approached the organisers and asked if we could run it as an experiment for the whole conference, giving me a chance to try it out and them a way of gathering feedback throughout the conference. They enthusiastically said yes, and this is what happened and how I went about it.

I put the timeline up in a place where everyone would be passing. The timeline itself was on a sheet of brown paper with the day divided into hour slots and marked up breaks. I added some instructions and also a couple of post-it notes to show people what to do and get it started.

When someone posted up about not having the coffee they needed to get them through the afternoon during the lunch break, it was rectified on the next day. The venue also found it really valuable and started checking it regularly and responding, when the main room was too cold, they turned the air-con off. The speakers loved it too, it meant that they could see instant feedback on their talks.

The organisers, venue and various people at the conference and on twitter seem keen on using it again at their own events or in their teams.