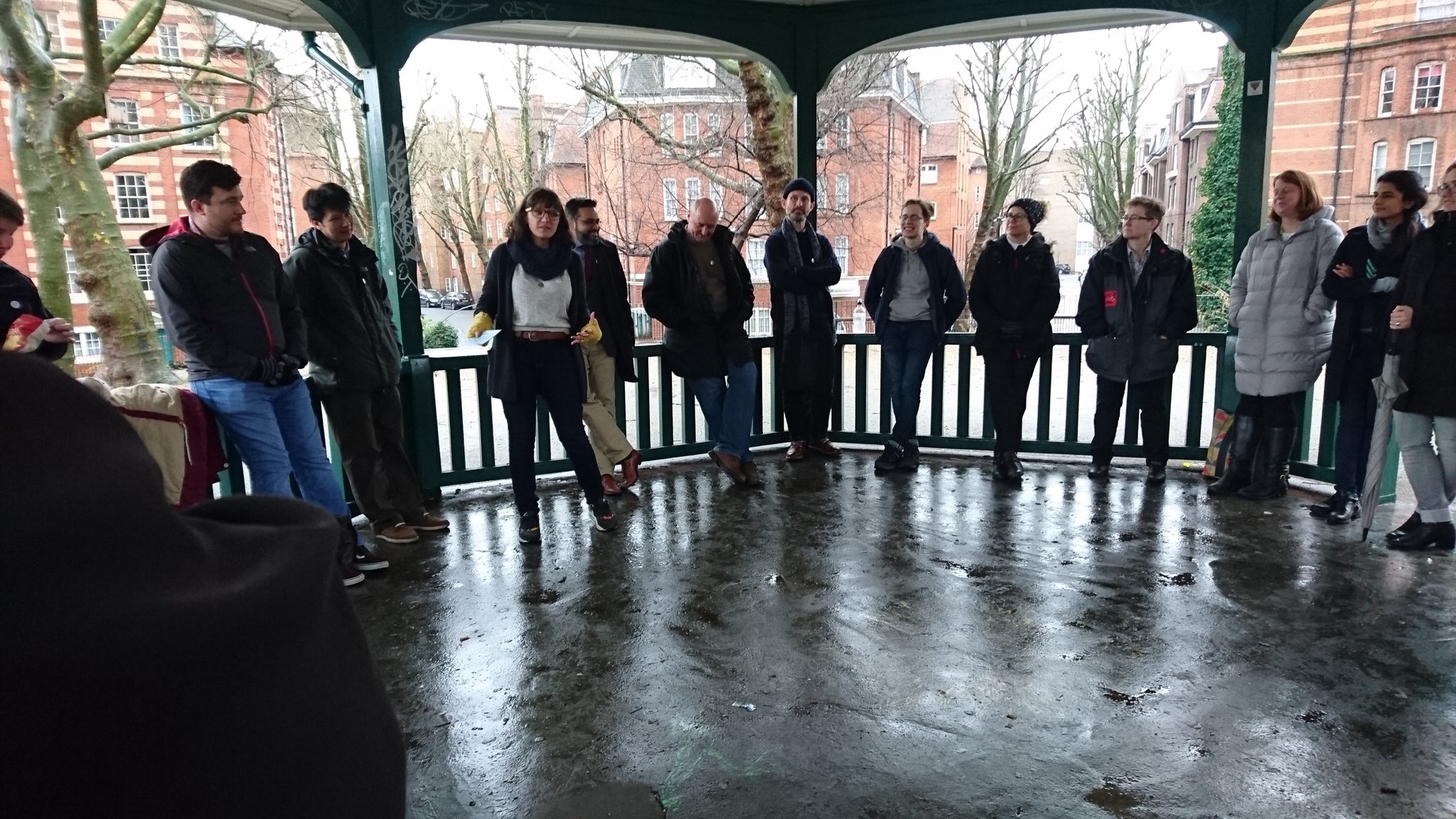 If you read my blog, then you’ll know that I have an interest in diversity and I also run a meetup called Agile on the Bench. At the Feb meetup I joined forces with Lakshan Saldin to give a 10 min talk about how diversity, groupthink and echo chambers affect our teams.

Here is what we said….

A brief introduction to groupthink, homogeneity and echo chambers

Groupthink is a psychological phenomenon which occurs within a group of people when the desire for harmony and conformity in the group results in dysfunctional decision making. It happens because the members of that group want to minimise conflict and reach consensus without criticising or challenging each other, actively suppressing dissenting viewpoints.

It leads to blinkered and single-minded decision making.

Homogeneity means the sameness of things and homogeneous groups have very similar people in them, something we often see in our workplaces. Homogenous groups can have an artificially low level of conflict.

We tend towards people like us, it’s normal to connect with others that are like us or to find ways to fit in with the group. It serves a very basic psychological need to belong and feel comfortable. Even when groups are diverse, they tend towards homogeneity the longer they spend together.

This is something we should be considering for our multidisciplinary and long-standing teams.

A team follows a number of stages, and Tuckman’s stages of group development is a useful model to describe it. Those stages are:

During forming the group is getting to know each other; storming is when the group starts to identify its boundaries, and where conflicts may arise; norming is when they start to gain a rhythm and the relationship matures; and while performing, the group has its own momentum and takes responsibility for itself.

This is when after a while a group can start to become homogeneous and exhibits groupthink behaviours. A sign of this is that maintaining the team becomes one of its prime objectives. So they stages are:

Echo chambers I’m sure I don’t need to tell you what these are. Many of us have been shocked at recent world events and opinions because we don’t see outside of our own bubbles of people with similar views to us.

We play a big part in creating our own echo chambers, we choose who we follow on social media and block out those voices we don’t want to hear.

The importance of diversity

There are two key mechanisms for combating the effects of both groupthink and echo chambers.

The first is developing the ability to recognise when it’s happening, and the second is increasing the diversity of what you’re hearing.

Recognition is easy. If we all look the same, sound the same and are saying the same thing we probably are.

Increasing diversity is a little more complex. Much of the issue stems from the way in which we tend to categorise and define it. When people talk about diversity they tend to talk about in terms of things we can easily understand, quantify and often see. We apply labels such as gender, ethnicity, social class and disability. As labels go they’re ok, and in many circumstances, they can provide us with an early warning of a lack of diversity. True diversity, however, is that which goes beyond this. It is the diversity of experience, perception and background.

One of the clearest examples of the value and benefits of diversity comes from Donald Rumsfeld’s oft-mocked 2002 mangling of the concept of the Johari Window.

Diversity brings in opinions and experience outside our bubble. it gives us insight into knowledge and perspectives  we may not have, or may not know we have. It allows us to consider new things from new points of view and allows us to understand things we otherwise might not. In short it allows us to see what we might not otherwise be able to and make better decisions as a result

Some thoughts on how to approach fixing it

Actively creation of safe spaces for dissent – Include a “devil’s advocate” requirement in decision making processes.

Find ways to Give early space in discussions to “more likely” sources of diversity. Arguments that reinforce a mainstream view or made from a position of authority tend to carry more weight. and early – e.g. The Supreme Court of the United Kingdom starts its deliberations by hearing the argument of the most junior appointee.

Actively engage with opposing arguments. To voice a diverse or minority opinion is difficult. Recognise when we’re in group and take steps engage with it and explore it. In larger groups seek wisdom not victory to start with.

Which brings us nicely on to the last part of our talk which is a case study of one of the thing Agile on the Bench is doing.

A brief Case study – Diversity Charter (and Agile on the Bench)

In 2015 Agile on the Bench ran a conference, which I (Emily) blogged about. Part of that post included the gender diversity stats of the attendees and speakers. It’s important to us to strive for diversity as it makes for better events with more rounded conversations. It was roughly 50/50, which is something we also aim for at our meetups (the meetup we gave this talk at also had a 50/50 gender split).

I was invited to speak to an organiser of a developer conference who was interested in how we went about it. This got me thinking about the barriers to diversity at events and conferences and I wrote another post about that, it included thinking about the submission process, safety, set up etc. This created some interesting conversations, some with event organisers. Which led me to creating the diversity charter, a charter to help people recognise lack of diversity and take steps towards more diverse events.

Having the charter has helped me (and others) have the conversation with event organisers. I’ve had some great conversations that have been lightbulb moments for organisers and other less good conversations. For example people saying things like: “anyone is welcome to speak at our events, our process is open, it’s not our fault if they don’t”.

To that, I would say that if the same people are applying, then the process is not as open as they think it is and they are unconsciously putting barriers in place.

Diversity of experience enriches our conversations, approaches and opens our minds.

References that we used when creating this talk

The benefits of having a diverse workforce, ACAS, (2012) http://www.acas.org.uk/index.aspx?articleid=3725

Diversity in the Workplace: Benefits, Challenges and Solutions: Greenberg, J.http://www.multiculturaladvantage.com/recruit/diversity/diversity-in-the-workplace-benefits-challenges-solutions.asp

What the EU referendum result teaches us about the dangers of the echo chamber: Chater, J. www.newstatesman.com/2016/07/what-eu-referendum-result-teaches-us-about-dangers-echo-chamber

Blame the Echo Chamber on Facebook. But Blame Yourself, Too: Hosanagar, K. https://www.wired.com/2016/11/facebook-echo-chamber/

This simple experiment shows how easy it is for society to become segregated: Tsvetkova M. & Sumpter D.  http://theconversation.com/this-simple-experiment-shows-how-easy-it-is-for-society-to-become-segregated-55593

Rethinking the Baseline in Diversity Research: Should We Be Explaining the Effects of Homogeneity?: Apfelbaum, E. P.; Phillips, K. W.; Richeson, J. A. http://dspace.mit.edu/handle/1721.1/87730